Could this be the end of reading glasses

Keep informed of news, events and updates as they happen.
Subscribe to our email newsletter

Could this be the end of reading glasses

As people age, their eye lens stiffens and they develop presbyopia
Known also as long-sightedness, it causes people to need reading glasses
Scientist is developing a lens made from liquid crystal used in TV screens
Will be inserted surgically and will act like a ‘young lens’, restoring vision 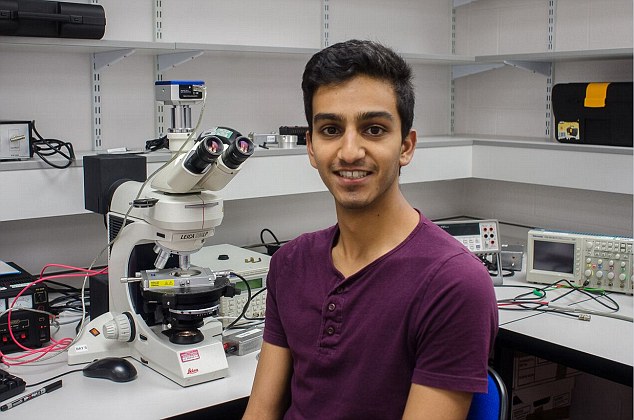 Our eyesight failing is thought to be an inevitable part of ageing.
By the time they reach their 50s, most people require reading glasses when looking scouring a menu or pouring over a book.


Now, a scientist is developing an artificial lens that can stop vision from deteriorating, and restore sight in older people.


The lens, made from a material called liquid crystal – which is currently used in TV and smartphone screens – could be implanted into the eye in a straightforward surgical procedure.


It will adjust automatically with could be available within a decade, The Times reports.
As people age their eyesight gets worse, and they develop a long-sightedness known as presbyopia, which occurs due to changes to the lens.


In a younger person, the muscles around the lens contract and pull the lens into shape to focus on things close by.


The muscles and lens then relax when you look at things in the distance.
But as we age, the lens, which is mainly made of protein, stiffens as the protein fibres in it break down.


So when the muscles around the eye contract, they can no longer bend the lens to bring things into focus as easily.


Most people in their 50s begin wearing reading glasses or contact lenses for close work due to the condition.


It can get progressively worse until the age of 65, when the lens may start to cloud and a cataract forms – requiring surgery.


Now physicist Devesh Mistry, who splits his time between the University of Manchester and University of Leeds, says he can restore vision in those with presbyopia.
He says the condition can be cured liquid crystal, a material that is not a solid, liquid or a gas but is in the fourth state of matter. 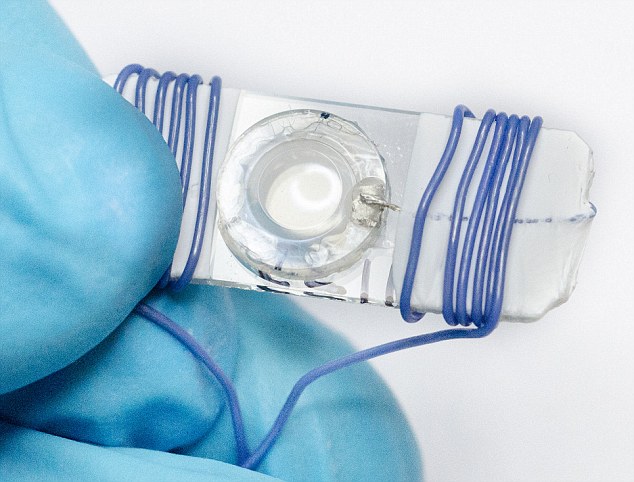 Liquid crystal lies between crystalline solids and liquids.
It has an orderly structure like a crystal, but its properties can be changed by mechanical or electrical force.


It is used in TV and smartphone screens because its refractive index – the angle at which it bends light – can be changed by applying electric current.
Therefore, Mr Mistry believes the material could be used to develop a lens that focuses automatically, depending on the eye muscles’ movements.


The new lens could be inserted into the eye in a quick operation under local anaesthetic, similar to how cataracts are currently inserted.
The eye surgeon would make a cut in the cornea, the lens covering the eye, use ultrasound to break down the old stiff or cloudy lens, and suck it out with a vacuum.
Then, they would replace it with the new one made of liquid crystal.


Mr Mistry is currently testing the lenses in the lab and is aiming to have a prototype ready by the end of his doctorate.


He expects the lenses to become available within the next decade.
‘At the moment, there’s no reason to believe that it’s not going to be a significant improvement on what’s already out there,’ he told The Times.
Mr Mistry’s work is funded by the Royal Commission for the Exhibition of 1851, which supports new ideas in industrial research

He is also working with contact lenses company UltraVision.